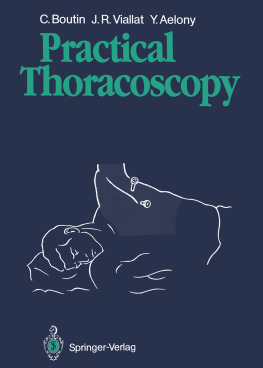 Christian Boutin, our colleague, friend and teacher, left us six months ago following a long illness, which he faced with dignity, courage and modesty just like he was. This silent period was probably necessary to overcome my pain and contain my sorrow caused by this tragic event. While writing these few words, I realize that I had hardly ever mentioned him by name. To me, he was always “Sir”, with all that this word represents in terms of respect and, in his case, unwavering affection. A few days before he past away, we spoke on the phone and he inquired about the things of life he enjoyed, in particular about people, while hiding with elegance and constant humour his tiredness and weariness, in order not to alarm. Once again, he was concerned about his interlocutor that he felt worried by reassuring him, providing sanguine advice as he had always done in his professional life, but also far beyond, sometimes in difficult times. He was always focused on other people.

It is customary in such circumstances to draw the panegyric of the person, and even more when dealing with a prominent medical leader and senior figure. It sounds almost trivial to do this with regard to Christian Boutin as the doctor, teacher, and man were respected and known to all for their value. It is almost common sense to remember him as the doctor and researcher who created the subspeciality field of pleural diseases and thoracoscopy, but also more generally contributed to the development of scientific reflection [[1, 2, 3, 4].]. At a time when the research was not under the dictate of the “significant p value”, his clinical scientific approach was to promote a tripod of principles: “Observation”, “Hypothesis” and “Demonstration”. This reasoning, of which he never departed, enabled the evolution over time of tools to explore the pleural cavity with the development and improvement of optical and other equipment as shown by the chronology of his writings in this field. This made thoracoscopy a “window onto the pleural cavity” [5] (Figure 1). This technique allowed a detailed exploration of the pleura and its in-depth examination has improved our understanding and practice. For example, his observation that the prognosis was poorer in malignant pleural mesothelioma patients with visceral pleural involvement as seen by thoracoscopy provided vital information in the therapeutic approach and prognostic information for patients and caregivers [6]. Thanks to his observations of the appearance of subcutaneous parietal nodules at the thoracoscope sites of entrance and, more rarely at pleural puncture sites, prophylactic skin radiotherapy was recommended to prevent this painful complication, which may be refractory to treatment. This treatment, although questioned, is still part of the current recommendations for the management of malignant pleural mesothelioma [7,8].

His work on malignant pleural mesothelioma went along with the study of environmental and occupational diseases caused by asbestos which generated numerous collaborations in the early 1980s and to which he devoted much work [9, 10, 11]. It is through the observation of “black spots”, anthracotic deposits on the parietal pleura, that the hypothesis of the presence of asbestos fibres as the oncogenic material resulting in mesothelioma was described by Stanton. The results of parietal pleura and lung biopsies compared to mineralogical analysis suggested that the cause of mesothelioma was at the parietal pleura [12]. From this concept emerged the idea of intra-pleural treatment of pleural malignant mesothelioma using cytokines, such as interleukin-2 and interferon-γ. In case of early lesions assessed by thoracoscopy, these treatments led to spectacular objective responses [13, 14]. 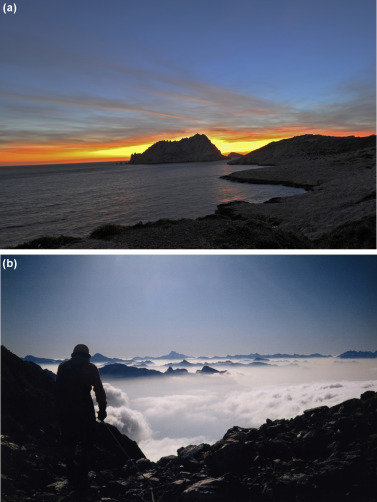 Christian Boutin was a strong advocate of talc administered as an intra-pleural spray as the optimal agent for pleural symphysis in case of neoplastic pleurisy or recurrent pneumothorax, despite strong opposition of those who regarded talc as dangerous and associated with respiratory complications, such as acute respiratory distress syndrome. A visionary study, based on a strong daily clinical experience, demonstrated that using talc preparations containing calibrated particles was totally safe [3, 15, 16]. Since then, large multicentric studies conducted by international teams have corroborated these results and the discussion about the dangers of talc is now closed.

Christian Boutin was a master in the stricter sense of the term, who dominated his art and taught it to his colleagues. The international congress in Marseille in 1980 was dedicated to thoracoscopy and attended by hundreds of experts from all backgrounds. This meeting represented the real founding congress for the basics of the thoracoscopic technique, and has since then been a catalyst for pulmonologists and physicians in general to spark interest and enthusiasm in pleural diseases. Under his leadership, Marseille has over the years become the place for teaching thoracoscopy and a true “training centre” for pulmonologists and sometimes surgeons from all around the world. Hundreds of doctors have participated in these thoracoscopy courses and a real network has been created that continues now in the same generous and sharing spirit. There are few names, which are as closely related to the development, teaching and refinement of a medical technique as that of Christian Boutin was.

He was also a Master of the Faculty of Medicine of Marseille where he was for many years the senior assessor and had an important activity in the educational field with students he loved above all, and for whom he was always listening and provided sound advice. As a Department Head, he was both feared and respected, listening to all the members of his team but uncompromising, open-minded, unprejudiced and even able to accept alongside him a collaborator with long hair and his somewhat iconoclastic presentation in this time. This openness was nothing less than the reflection of his extreme humanism and a superior intelligence served by a flawless culture.

It is difficult to relate the scope of his always exciting and often erudite remarks during various trips: in Lake Balaton, close to Niagara Falls or the Egyptian Museum in Berlin in front of the portrait of Nefertiti (an outstanding photo that adorned his office) or during a hike on Mount Bego when he commented on the cave paintings, with a deep knowledge of their history and meaning. This image of him remains in my mind and is dear to me… 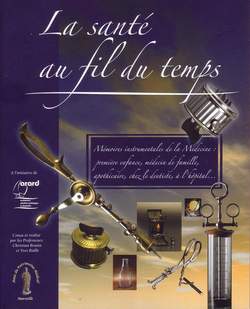 His love of medicine was rivalled only by his love for his large family, which he cherished, and his other passions, mountains and photography. Some may be surprised to learn that he was for several years a Climbing Instructor in the French Alpine Club, in the Alps where he took compulsorily refuge during the summers. As a photographer, he was much more than an amateur and repeatedly exhibited his work. I have a special memory of an exhibition in Marseille called “Des Calanques aux Écrins” where his photos were admired by visitors and his passion was palpable until late in the morning (Figure 2 a and b). He combined his love for images with the history of medicine through the Medical Association of Friends of Heritage of Marseille (AAPMM – President: Pr J.-L. Blanc), of which he was one of the co-founders. This resulted in a sublime book entitled “La Santé au fil du temps”, regarded as true “instrumental memories of medicine” in the words of the former president of the association, Pr Yves Baille, who was his friend since their residency (Figure 3) [17] ( cliquez ici ).

It is, you will agree, always difficult, uncomfortable or even painful to speak publicly of a loved one apart from the professional sphere and you never know where to place the separation line. The best way to summarise this man and creative doctor, who was after all a “transmitter” of human and professional experiences, is to let him be expressed by his own thoughts in the quote below. I think this quote summarises the good that everyone will keep in mind (Figure 4) and that characterized him so well.

“Modern ethics questions the representation of the diseased body, investigates the causes of body devastation, rejects any contradiction and deliberately looks forward to a future devoid of scientific uncertainty and therapeutic risk. The past was full of mistakes to which no one wants to think… Search for a meaning to the meaning is our goal: initiate a reflection on many levels, explain why we should not be afraid of the past: we should preserve the old collections and try to understand them. Ethics, which has replaced the moral of our elders, should make an effort to get the message that we are not smarter now than before and that the purpose of medicine is always of advancing knowledge and relieving patients” [17]. 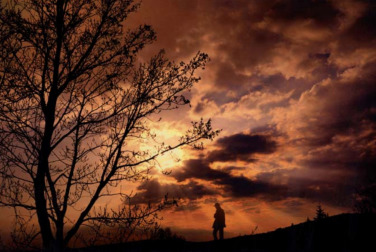